The Hort Alba Garcés is located in La Pedrera within the municipality of Picanya in Valencia province’s L’Horta district. The current building as built on the site of the former Calvo house, mentioned as a 19th century building in the 1900 cartographic survey. Historically the landscape of the L’Horta Sud area, characterised by the balance between the marshland, located around the lagoon and used as rice paddies, the orchard land irrigated with water from by the river Turia and used for growing fruit and vegetables, and the uplands, which are used for non-irrigated crops. 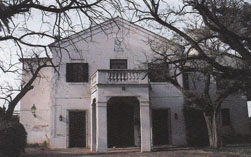 But this balance began to break down in the late 19thh century when the use of the steam engine and other inventions of the Industrial Revolution became widespread. It was applied to the pumping of underground aquifers, allowing the orange groves to expand.

Between 1880 and 1900, the people of the city of Valencia invested heavily in acquiring non-irrigated land to be used for growing oranges. This trend continued until 1930. To assure the necessary water supply, wells had to be drilled. 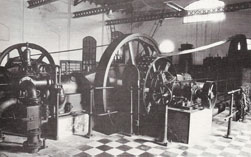 These changes transformed the landscape, with farmhouses being built in the middle of the orange groves. Initially the use of irrigation was limited to these new Groves, because smallholders lacked the financial resources to build wells. From the 1930s onwards, with oranges now being grown all over the area, irrigation cooperatives began to be set up by small and medium-sized landowners, to the extent that by the end of the decade there was hardly any non-irrigated land left in the Picanya district. Common white oranges and blood oranges were the most commonly grown varieties. 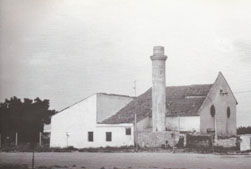